Pudsey is first recorded in the Domesday book as Podechesaie and Podechesai in 1086.

Its etymology is rather uncertain: it seems most likely to derive from a putative personal name *Pudoc and the word ēg meaning 'island' but here presumably referring metaphorically to an 'island' of good ground in moorland. Thus the name would mean 'Pudoc's island'. Other possibilities have been suggested, however. In the early sixth century, the district was in the Kingdom of Elmet, which seems to have retained its Celtic character for perhaps as many as two centuries after other neighbouring kingdoms had adopted the cultural identity of the Angles.

Around 1775 a cache of a 100 silver Roman coins, many predating the time of Julius Caesar, was found on Pudsey Common at a place known as "King Alfred's Camp" by Benjamin Scholfield of Pudsey.

The town was famous in the 18th and 19th centuries for wool manufacture, and, from the 19th century, for cricket. Yorkshire and England cricketers Sir Len Hutton, Herbert Sutcliffe, Ray Illingworth and Matthew Hoggard all learned to play in Pudsey. A 19th century Yorkshire cricketer, John Tunnicliffe, was born in Lowtown.

During the Industrial Revolution Pudsey was one of the most polluted areas of the UK due to its position in a slight valley between the two industrial cities of Leeds and Bradford. As a result, whichever way, the wind blew Pudsey became covered in thick soot. The temperature inversion created by the valley led to the soot becoming trapped leading to dense smogs. This is believed to have led to jokes that pigeons in Pudsey Park flew backwards in order to keep the soot out of their eyes.

(1041-1066) when the land was owned by two powerful Saxon thanes, Dunstan and Stainulf.   During the Norman conquest Pudsey’s farms and buildings were destroyed and tenants fled or were put to death by the Norman soldiers. by the time of the doomsday survey the land belonged to Ilbert de lacy, builder of Pontefract castle, and was recorded as waste land.

In 1481 the lord of the manor's daughter married Walter Calverley and the two manors were united. for the next 500 years Pudsey, while retaining its identity as a separate township, developed as a sub manor of Calverley. the Milner family bought Calverley manor in 1663 and subsequently sold most of their Pudsey estate during the early 19th century ground

Butchers Arms - originally at the edge of the town centre it was first used as a beer house in 1870 and rebuilt in 1880 to comply with new legislation.

Pudsey has long been associated with the production of woollen cloth and by 1912 the town had 22 textile mills, although today most of the mills have gone. in 1899 Pudsey was given its own charter signed by Queen Victoria and it is thought to be the last one she issued before her death in 1901. by 1900 the town's first mayor and Mayoress had been elected and a coat of arms designed.

In 1937 Pudsey's population was almost doubled when the areas covered by Calverley & Farsley urban district councils were added to the borough of Pudsey.

Following the 1974 local government reorganisation Pudsey itself was absorbed into Leeds metropolitan district.

Trinity Chapel - Trinity and all Saints Church opened on 1st May 1899 and cost £7,700 Pudsey's most expensive church at that time. It ceased operating as a church in 1982 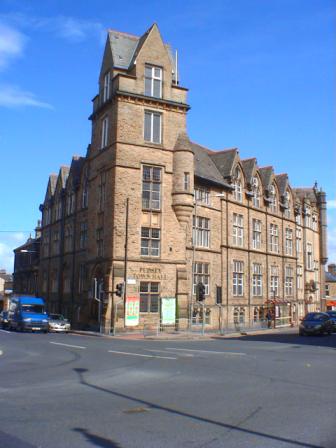 Pudsey Town Hall -Built in 1880 as Pudsey Mechanics Institute, it was opened by the Prime Minister's son Herbert Gladstone.   It was here in 1905 Pudsey's first secondary school was established before the building became the town hall when Pudsey received its charter in 1912. It now houses Pudsey One Stop Centre and council offices. 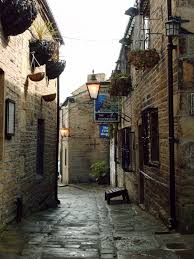 Booths Yard - Originally called Hammerton Fold it got its current name from the Booth family who used to own the grocers shop there until 1983. It is one of the many folds that used to be in Pudsey and the buildings date from mid 17th century to late 18th century. 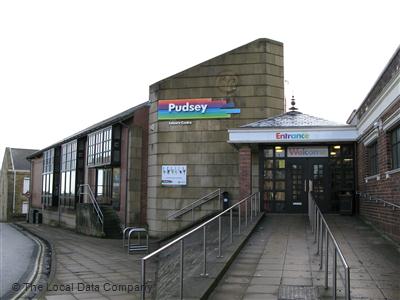 Leisure Centre - The foundation stone for the original Pudsey Baths was laid by King George VI and Elizabeth the Queen Mother in April 1928.  The current leisure centre has been extended but the pool is still in its original position. 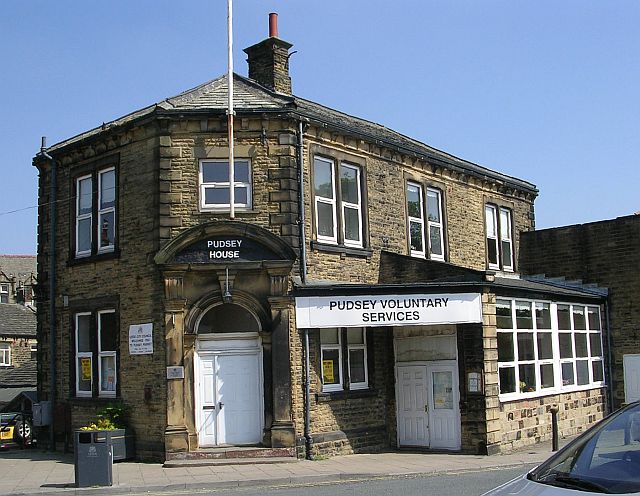 Pudsey House - This used to be the Pudsey fire station.  Pudsey had a hand operated fire engine from 1832 until 1867 when it was replaced by a steam engine, although it was still horse drawn.  The building is now used as a community resource and a number of different groups use it throughout the week. 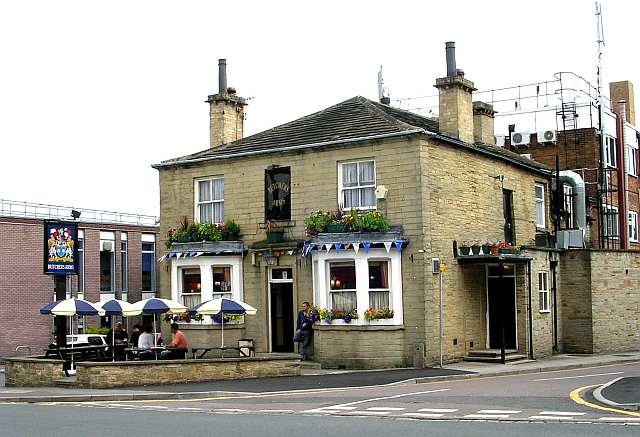 Butchers arms - originally at the edge of the town centre it was first used as a beer house in 1870 and rebuilt in 1880 to comply with new legislation. 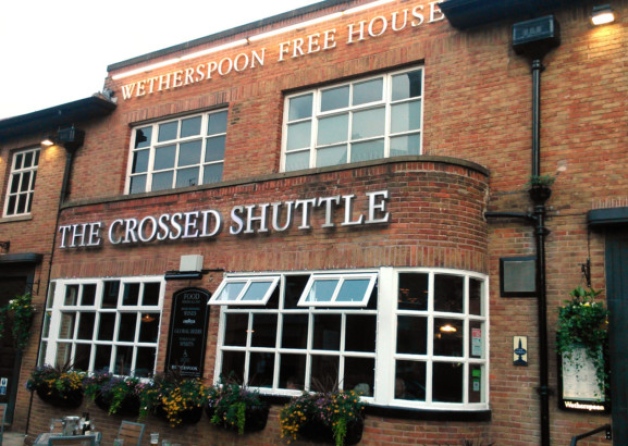 Crossed Shuttle - There has been a pub on this site since 1803 but it was rebuilt after world war ii. previously known as the black bull, & sports bar. 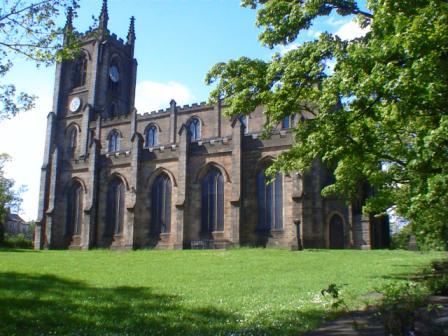 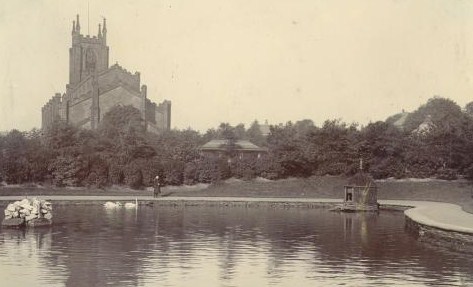 Pudsey Park was first opened to the public in October 1889.  today you can relax with a leisurely stroll around the tree lined parkland with a visitor’s centre and band stand. the park is the second most visited park in Leeds 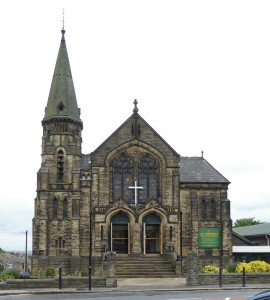 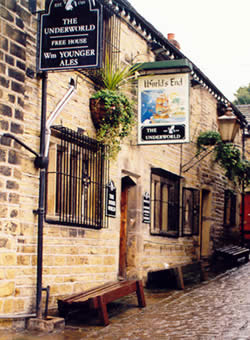 Worlds End - Has been open since 1983.  It is however housed in some of the oldest buildings dating back to the 17th century.  It has lots of original features. 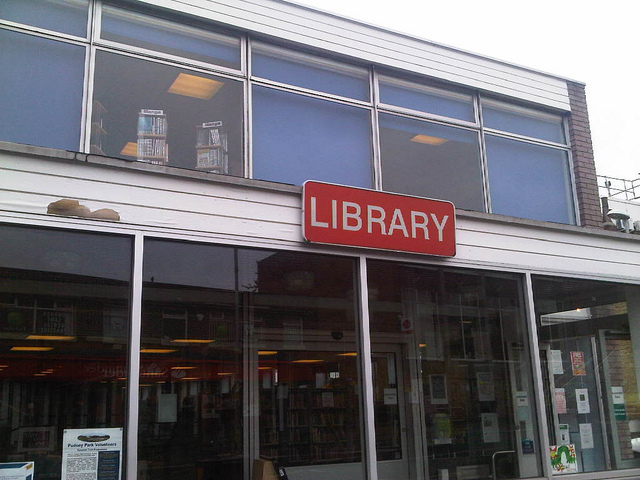 Pudsey Library - it has 14 computers available for public use and a good local history section run by Pudsey civic society open for viewing on a Friday morning 10.00 am until 12.00 pm

This is an excellent place for you to add a paragraph and let your visitors know more about you and your services. Easily edit by go to tab pages and content and click edit.